Ammonia (NH3) has many uses in both the chemical industry and the agricultural sector and is one of the world's most high-volume production chemicals. Applications include use in industrial refrigeration systems, fertilizer, explosives, and, more recently, in CO2 capture technology. Supercritical ammonia can provide advanced technological processes with less energy consumption and higher efficiency in chemical production. Liquid ammonia has been the subject of an abundant amount of investigations using experimental X-rays, neutron scattering, and infrared methods. However, we still lack a detailed understanding of the molecular structure of supercritical ammonia. 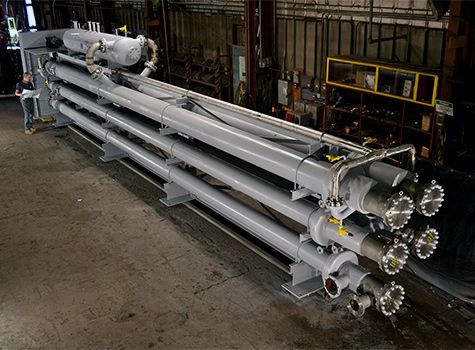 The matter may reach pressures and temperatures beyond its critical point. At this stage, matter is characterized by an inability to determine if it is a gas or a liquid. Supercritical fluids were discovered in 1822 by Baron Charles Cagniard de la Tour. These fluids are known for their low viscosity of a gas and their high density of a liquid, and as a result, it is impossible to liquefy the matter with pressure. It is possible to go from a gas to a liquid without crossing boundaries between the liquid and vapor using a supercritical fluid and altering pressure and temperature. Lowering the temperature then causes the Supercritical Fluid to enter a liquid state.

Volatile solids and liquids are soluble within a gas. Supercritical Fluids can easily dissolve liquids and solids. They behave like this due to their high density. The Mole Fractional Solubility is the ratio of sublimation to gas pressure. It is important to note that supercritical fluids have zero surface tension because they do not have a vapor-liquid boundary. Molecules are not attracted to the inside of the liquid. When temperature and pressure change or are tampered with, the Supercritical fluid's viscosity and densities could change.