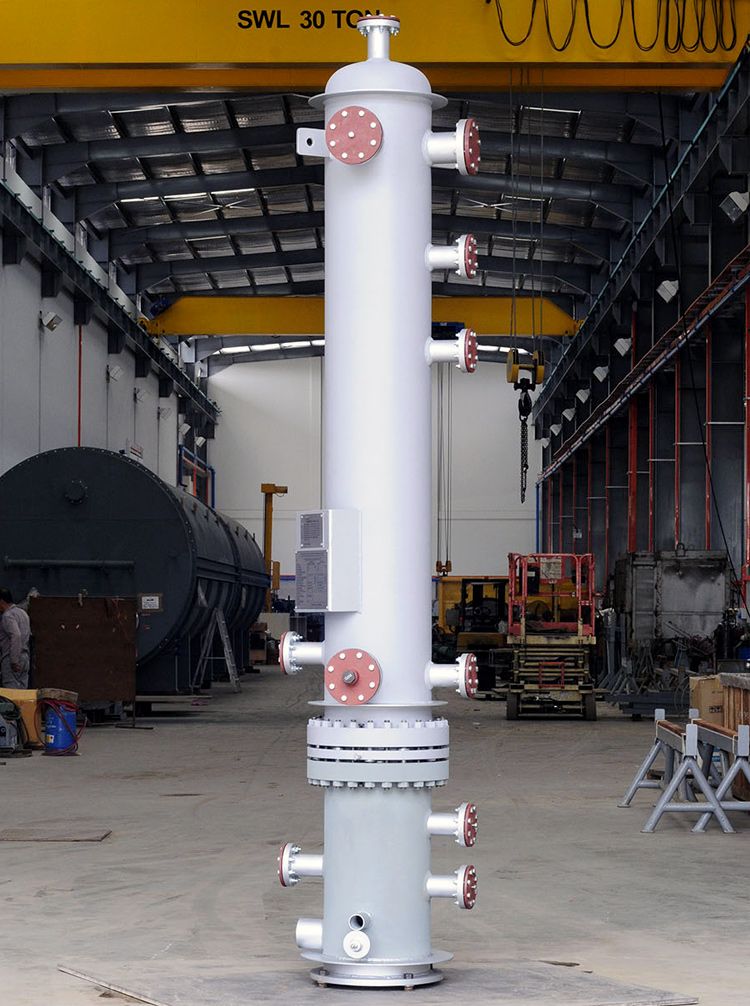 An aqueous ammonia vaporizer is commonly constructed as a spray evaporation type. The system utilizes an air atomizing nozzle for the aqueous ammonia and other parts (electric heater, heated combustion air, hot flue gas) as an energy source that evaporates liquid (water and ammonia). In the system, aqueous ammonia liquids are metered into the atomizing nozzle at fixed pressures. In the nozzle, the liquid is mixed with atomizing air dispersed into a vaporization chamber as a fine mist. Heated air enters the chamber to evaporate the mist of aqueous ammonia.

Once-through, anhydrous vaporization needs flow control skids for large installations for utilities. These systems include vaporizer vessels that accept liquid input. They produce a continuous stream of ammonia vapor that gets processed. Vaporization in these systems uses either hot water, electricity, or steam. The vapor flow in this system gets regulated with a flow control valve. Flow is measured with a flow transmitter.